Landisville, PA, (May 23, 2016) — Electron Energy Corporation’s first facility—a milk house on a farm near Manheim, PA—is celebrating its 4th anniversary for being recognized as a Historical Landmark by ASM International, the Materials Information Society.

The milk house, owned by Kreider Farms and located at 585 S. Penryn Road near Manheim, was the first building occupied by EEC and is estimated to have been built between 1940-1950. This farm building is a classic example of the modest origins from which a small, start-up company rose to become a high-tech, international leader in the production and supply of rare earth magnets which are critical components in many military, aerospace, and medical applications.

ASM is the leading society dedicated to serving the materials science and engineering profession and has over 36,000 members with chapters worldwide. ASM provides authoritative information and knowledge about materials and processes, from nano scale all the way up to large scale structural. Originally founded in 1913 with a narrow focus on steel heat treating, ASM has evolved steadily to become the premier society covering everything material.

In 1969, ASM established the Historical Landmark Designation to “identify permanently the many sites and events that have played a prominent part in the discovery, development, and growth of metals and metalworking.” In 1987, the scope of this award was broadened to include all engineered materials. To date, a total of 126 historical landmarks have been named throughout the world in Brazil, Canada, Mexico, Germany, Austria, Finland, United Kingdom, France, Japan, India, Sweden, Italy, and the United States. Included are many well known and widely recognized sites such as the Eiffel Tower, the Statue of Liberty, the USS Monitor, and the Liberty Bell.

For more information about Electron Energy Corporation’s magnets, design engineering services and magnet assemblies and systems, call toll-free at 1-800-824-2735. Our staff of engineering specialists is available for free technical consultations. 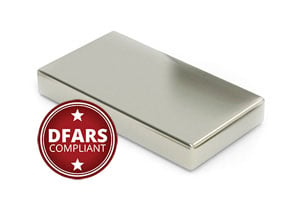