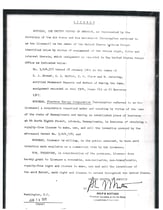 U.S. Air Force issues a license to “make, use and sell” the invention covered by Patent # 3,424,573 entitled Permanent Magnets and Method of Making the Same to little known startup company named Electron Energy Corporation. EEC was then operating out of a milk house on a farm in rural Manheim, PA. This groundbreaking patent was based on a new alloy system comprised of the rare earth element samarium and the transition metal element cobalt and allowed EEC to develop and commercialize the world’s first SmCo magnets. Today EEC is a leading global supplier of SmCo magnet systems for countless space applications with over 50 years of space heritage.

Voyager 1, Earth's farthest spacecraft, was launched in 1977, entered interstellar space in 2012, and is now 14 billion miles from Earth. Voyager 1’s communication sub-systems are enabled by EEC samarium cobalt 1:5 permanent magnets. This remarkable system contained the world’s most advanced High-Gain Antenna system. It has remained operational long past expectations and continues to send information about its journeys back to Earth.

Deep Space 1 was the first spacecraft to utilize an Ion Propulsion system. Ion propulsion creates thrust to control the orientation and position of orbiting satellites. EEC’s patented Ultra-High Temperature samarium cobalt magnets are used in Ion Propulsion systems to enhance ionization, maximizing thrust. The Ultra-High Temperature samarium cobalt magnets developed by EEC in the 1990s are specifically designed for aerospace applications and are capable of working at temperatures up to 550°C.

EEC’s Temperature Compensated samarium cobalt magnets became the industry standard for inertial devices (including accelerometers and gyroscopes) and traveling wave tubes for satellite communication systems. An accelerometer is the primary sensor responsible for measuring inertial acceleration, or the change in velocity over time. A gyroscope is an inertial sensor that measures an object's angular rate with respect to an inertial reference frame. Traveling wave tubes power modern satellite communication (satcom) systems for both commercial applications such as direct-to-home systems (broadcasting & internet) and critical military communication systems across the world. 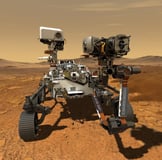 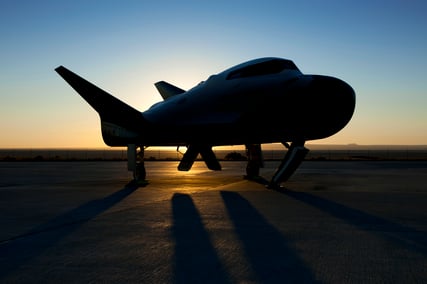