With all the news surrounding rare earth elements (REE), it can be quite easy to get lost in conversations about the supply chain. The following key steps of the mine-to-magnet supply chain will guide you through any conversation. 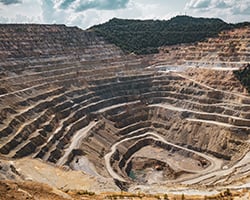 This process involves mining large amounts of ore that contain a mixture of rare earth minerals. Rare earth elements (REE) are found in large mixed mineral deposits such as bastnaesite, monazite, and xenotime. These mineral deposits contain large amounts of rare earth elements such as cerium, lanthanum, and neodymium. Rare earth minerals are in fact not that rare and deposits are located all over the planet.

This step involves taking the mixed REE concentrates and separating them out into individual rare earth oxides through heated chemical known as calcination. Though the chemical processing required to produce rare earth oxides is pollutive and costly, China is enacting regulations to remediate waste and pursue sustainable processes.

Next, the oxides are processed into rare earth metals. These pure metals created in this step become the basic building blocks for producing rare earth magnets. China is currently the only commercially available source of rare earth metals on the market. 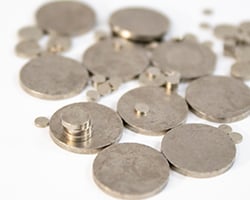 And there you have it…enough information on the rare earth magnet supply chain to get you through almost every conversation on the topic.